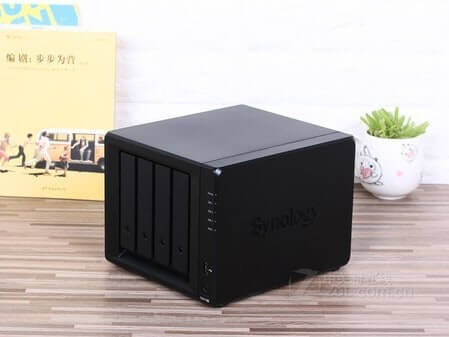 NAS is an abbreviation for network-attached storage, which provides storage and management of data files and transmitting over Ethernet.

Network access is a feature, and file storage is fundamental. Data is precious. In addition to daily file management, file reading, and writing, NAS also has a data backup and recovery functions.

Most modern electronic devices, such as desktops/laptops/mobile phones/network TV boxes/routers/game consoles, have specific network connections, and disk/flash read and write functions, but can they also be called NAS? No.

2What are the needs of home NAS?

Do you need a NAS at home? First, the home NAS is more towards smaller and more media services than the commercial NAS.

Ordinary households generally have photos and videos that need to be stored for a long time, and various documents are required to be saved. The data on the phone on your computer may be lost due to a hardware failure. Manual backups are time-consuming and labor-intensive. Mobile phones and laptops may also be lost or stolen.

Cloud services are subject to network speed restrictions, privacy data leaks, and sometimes slow or inaccessible. How do you transfer data accumulated in cloud services in the short term? Where can you move?

Users at this level need to back up small files on the desktop/notebook/phone, using the NAS as a backup server (equivalent to Apple’s time capsule). When the client’s records are accidentally deleted or infected with a computer virus, or the hard disk is faulty. When the file is damaged due to other reasons, you can restore the previously backed up data from the backup server.

In addition to the files needed to back up the client, users at this level also need to store photos, music, video, and other data files. The data stored need to have fault-tolerant recovery measures. Three or more bays can use RAID5 mode to combine hard disks. Four bays recommended RAID10.

At this level, it has exceeded the scope of the use of ordinary households, and it is already close to the amount of business. The scenes selected for use are more, and the range of application is wider.

NAS has a collection of your favorite photos, videos, music, and other resources, how to play, and watch it? In addition to the most basic use of computers to open the funds in the NAS, home NAS almost provides DLNA, web, or APP form of playback. Users can get a perfect viewing experience, no matter what the client they use.

Among the several popular home NAS systems, the “most common and best use” is Synology’s DSM. The software is powerful and easy to use, capturing the hearts of a large number of potential users, especially technical players. What follows is the experience of using various DSM systems, application skills, and practical feelings that have emerged in major blog forum technology websites.

In addition to Synology, NAS also has QNAP. Many users of QNAP’s system say it is slightly better than Synology. However, Synology’s mobile APP experience is better. You can experience the use of different NASs by connecting yourself to the following DEMOs.

In addition to commercial systems such as Synology DSM, there are also some open-source NAS systems, such as FreeNAS, Nas4Free, OMV (Open Media Vault). But the most suitable for home use is OMV, based on Debian Linux, close to Synology DSM. The primary functions of NAS are also available, but the interface and ease of use are inseparable from the commercial systems such as Synology. Skillful use requires a specific learning process.

Since OMV is based on Debian, all Debian-supported software can be used in addition to the OMV plug-in functionality, such as KODI, Plex, Docker, etc. For professional users, using OMV to build a NAS not only eliminates the fear of “piracy”, but any other features or plug-ins that NAS does not have can be added at will. NAS is not only a storage/multimedia/application server but also a Home VPS.

Backup is a must-have feature of NAS.

The NAS stores a lot of important data, and its meaning is more than just a “hard disk box connected to the network cable.” You spend money to get back to such a machine, but you don’t want to see a fault that takes away your memories or collections many years ago. CD/ U disk/flash card/hard drive damage, I believe many people have experienced . Especially when the hard disk is broken, the money you pay to the computer company to help you with data recovery can make you buy a NAS. Not to mention that the data is not 100% recoverable. So please set up a regular automatic backup on the NAS.

RAID is a feature of NAS.

Multiple hard disks can be combined with a disk array (RAID). RAID can improve the speed of reading and writing, or make the data still available if there is damage to the hard disk or both. Commonly used RAID has 0/1/5/6 modes.

When we need to access the home NAS from the external network, whether it is directly connected to the public network IP or through VPN / proxy penetration, be sure to use SSL connection, and switch to non-standard ports.

SSL can ensure that your network is not cracked by others. For example, you use public WIFI or connect the VPN service to your home NAS. Public WIFI or VPN servers can intercept your packets, but SSL encryption can hide your real data.