Should you get an SSD? Are they better than hard drives? In what ways? What are the advantages and disadvantages of both? And well, spoiler alert. I’m going to answer the question right now, and that is yes. You should get an SSD because they are amazing. And the most important thing is, why might you get one? Would you use it with a hard drive? While you might not necessarily want to only get a solid-state? We’re going to answer all that because that’s just as important.

So we’re going to look at for criterias comparing solid-state drives (SSDs) and hard drives (HDDs), and those criterias are performance, reliability, and cost.

So let’s begin with performance. Probably the most important factor that anyone’s going to look at next to the price and the truth is that SSDs almost always are just going to blow hard drives out of the water in terms of performance.

Hard drives are usually the bottleneck of a computer. That’s the slowest part of any computer. With a solid-state drive, there’s a lot better, but they’re still a bottleneck with your computer because if you think about it, the memory bandwidth for your RAM is multiple gigabytes a second. Your computer can handle a lot of info. Still, it has to read off the hard drives may be a hundred megabytes a second, and with a solid-state drive(SSD), you’re going to get up about 500 megabytes a second, which means that you can access all the stuff on your computer a lot faster. Everything is going to load faster. You’re going to be able to write things more quickly.

And the reason it’s faster is that a solid-state drive (SSD) uses flash memory. It doesn’t have to use a mechanical device to search through the drive platters and get the data. It’s all electronic. It can go right to any point of data. Grab It off instantly. You don’t have to even worry about fragmentation on solid-state drives because the files could be spread out all over the drive. It doesn’t matter. They’re going to be accessed just as fast as if they were right next to each other physically on the drive.

Whereas on a hard drive, that is a problem because there is an arm that has to physically move between each piece of data. So that means it’s going to take time and you don’t have to worry about that with the solid-state. This also means that even if you install a ton of programs, you fill up that drive with a bunch of junk, it’s not going to run any slower. No matter how long you use the drive. But talking about with a hard drive, you will get fragments all over the drive data spread out, and the arm is going to be going crazy trying to load one program a solid-state drive. IT doesn’t even break a sweat.

I should mention even in the case of high rpm hard drives like 10k or even 15k rpm drives. Those are still not going to be as fast as a solid-state because you still have to move the drive. It can not be able to compete. No matter how fast you spin that drive. It’s the arm. I think that is a limiting factor in any case.

Now the next thing is about reliability. For the same reasons that SSD is very fast. It’s also very reliable. There are no moving parts in a solid-state drive, meaning there are very few points of failure. Whereas on a hard drive you got that spinning platter you’ve got multiple those you got the arm moving It can vibrate and throw things off. A lot can go wrong with a hard drive, whereas an SSD nothing is moving.

If you just have a solid-state drive sitting there. There’s not a reason it would ever fail, whereas a hard drive will maybe wear down the metal components brushing up against each other. There’s no invulnerable hard drive whereas a solid-state is. Everything breaks down over time, but you can probably get by without expecting your solid-state drive to die, Although it is possible. So of course always back up now that being said SSD is not perfect. There are a few disadvantages compared to hard drives, but I think the benefits outweigh those.

One of the main ones is that a flash memory cell can only be written to a certain number of times. So as you use the solid-state drive more and more and more, it could theoretically slow down if a lot of those cells get used, those are going to slow down, and It might not perform as good as It did when he first got It.

However, there is typically software built into the drivers for these drives that handle all and distribute the data evenly in such a way that not any one of the particular cells is going to slow down. If one of the cells does break, then it writes that off and says don’t use that sell anymore. Kind of like what you get with a bad sector on a hard drive. It does the same thing. So you don’t have to worry about those bad sectors unless you’re writing a ton of data and just using up every single cell. And some tests show that typically a solid-state drive (SSD) starts to get problems after you writing about maybe a hundred or several hundred terabytes worth of data.

So even though it is something to keep in mind, I think for most people for the average person, it’s a non-issue. You’re never gonna even notice the slowdown, but there is one exception. Maybe I can think of like if you’re editing huge video files or you’re doing a lot of work in programs that need a scratch disk. It’s a drive where an application will use to write and read data rapidly. And if you’re using a ton of data with video files or something, they can be quite massive, that program might be writing and reading a lot, and in that case, you probably do want a hard drive as a stretch disk because It can handle a lot more rewrites than an SSD. But other than that, I don’t think you’d ever see a problem.

Another small disadvantage of SSDs, which can affect reliability, is flash memory has to be receiving power. If it goes too long without being booted up, you could start to lose data. This flash memory cells are not going to be able to store that information. In contrast, a hard drive uses magnetic fields, and that is a physical property using a permanent magnet. And even though hard drives do start to lose magnet, I believe It’s going to be much faster on a solid-state drive. Still, I believe there are things built into the drive like maybe batteries that would mitigate that. You’d probably have to leave the solid-state drive to unplug for a year or more before you ever see a problem. But again, It is a thing you have to consider.

Now. The next primary category size is another one where hard drives are typically going to win out. If you need a lot of storage, you have to go with a hard drive. There’s no other way around it. SSD can maybe go up to about four terabytes. I think right now that’s the biggest one you can get and those are going to cost you a thousand dollars plus whereas hard drives I think the biggest one is made by Seagate now at 12 terabytes a cost just under $500. So obviously, if you need a ton of data storage, a hard drive is the way to go. A solid-state drive, I mean, you could theoretically buy a bunch of them, but you’re just going to have to pay an unreasonable amount of money when you can get the same job done with a hard drive. Unless for some reason you need a ton of high-speed storage which in that case you could probably go with a RAID configuration with a hard drive anyway and maybe get around the same performance. And that kind of also ties in with the next section price because if you get a solid-state drive that isn’t huge enough to handle all your files. Well, that’s an extra cost.

I would consider that the typical situation anyway where you would buy both. You’d have the SSD as the boot drive. Maybe put your big heavy-duty programs that take forever to load on the SSD, and for everything else, you just shove it on the hard drive. It probably is best to get both. And the operating system will run fast, and they only have the program’s run off the drive. Now there are a couple of other benefits to solid-state drives that I’ll mention the form factor.

Usually, you see these in a 2.5-inch form factor that is smaller than a typical 3.5-inch form factor on a hard drive. And that also means that SSD can be fitted on any laptop. So if you need high-speed storage, you don’t have to worry about getting the right form factor. They’re all going to be 2.5-inch. You can pop it on your laptop. No problem. Also, a solid-state drive because It’s smaller, and just because of the nature of it, it generates less heat, meaning consuming less energy. Whereas a hard drive you know if you have a ton of in your computer or you have one that’s working all the time, It’s going to generate more heat and might not be a problem if you have a lot of airflows. It’s just something to consider.

I think an SSD is the best upgrade you can make for your computer. Better than RAM. Better than a better CPU. If you have only been using hard drives your whole life and you switch from SSD, It’s going to be like night and day. Believe me. So, in summary, the answer is yes. 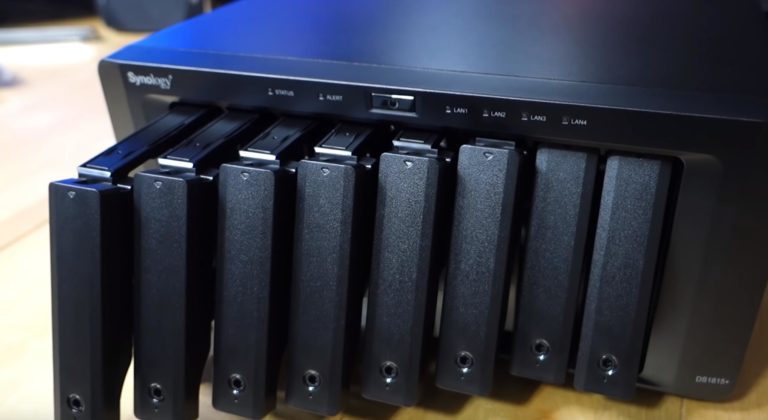 Share on Twitter Share on Facebook Share on PinterestStorage is a crucial part of fault tolerance. The vital element is fault tolerance. If something were to happen to a company’s data, such as a disk failure that results in data loss, then it could have a severe impact on how the company performs. That’s why…

Share on Twitter Share on Facebook Share on Pinterest1What is NAS? What is a home NAS? NAS is an abbreviation for network-attached storage, which provides storage and management of data files and transmitting over Ethernet. Network access is a feature, and file storage is fundamental. Data is precious. In addition to daily file management, file… 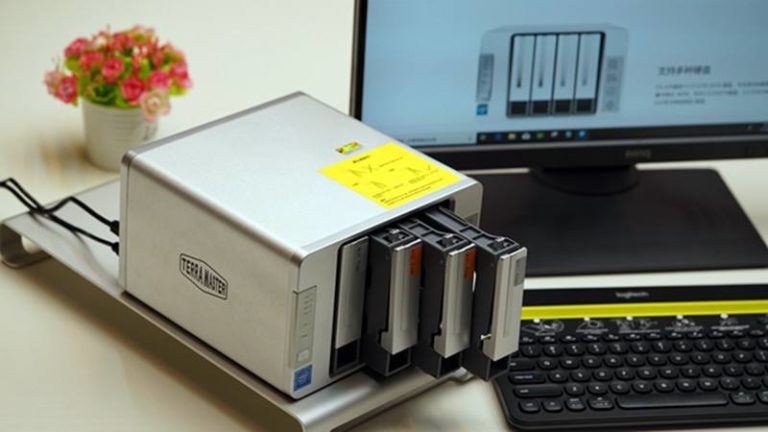 Share on Twitter Share on Facebook Share on PinterestWhat is the difference between a NAS and a SAN? So that is the topic of this post. So we’ll first talk about what a NAS is. NAS stands for network-attached storage. If you wanted to store data in a centralized location, where it can be accessed… 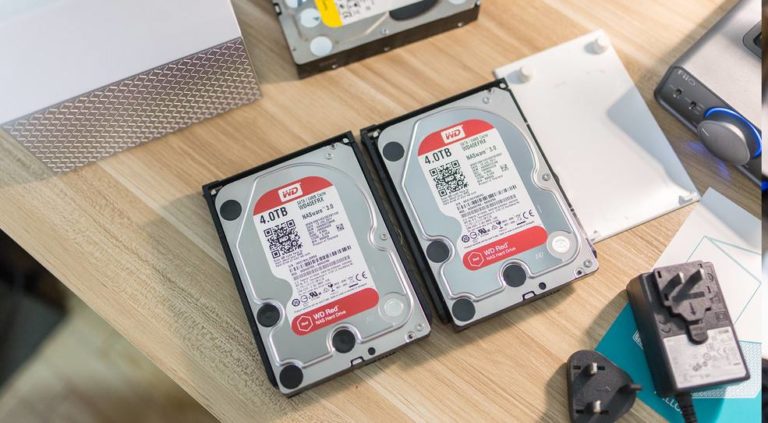 Share on Twitter Share on Facebook Share on PinterestSo when it comes to backing up your data, whether your photos, videos, and music files or professional work, most people use an external hard drive. However, another option is network-attached storage or NAS. In this post, I’m going to be talking about the pros and cons…